About
Kentucky's Home for Junior Golf
FIND A PGA PRO 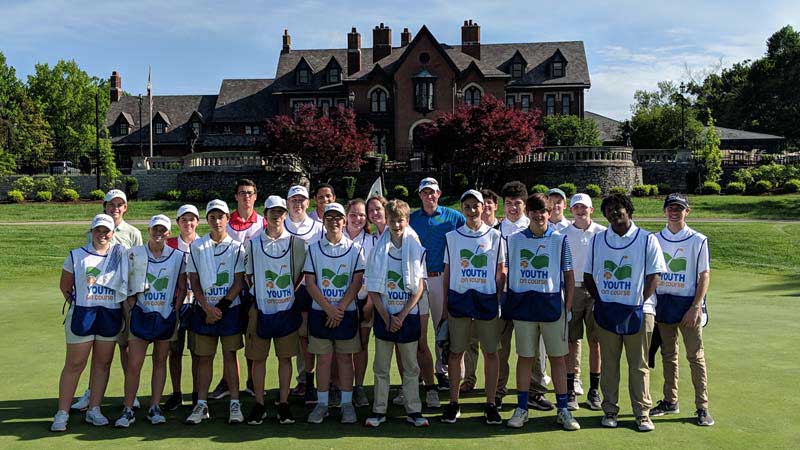 Youth on Course is a revelation unlike anything the world of golf had seen before. Beginning in 2006 under the Northern California Golf Association’s watch, the program has burst into the lives of children across America, with Kentucky included in the nationwide sweep. The program’s mission has always been to increase the accessibility and affordability of golf to children everywhere. With Northern California having one of the highest cost of living rates in the world, having the program make its roots there makes plenty of sense. But with golf having previously carried stereotypes such as being expensive and unwelcoming, those problems were found everywhere. Thanks to Youth on Course, those labels are on their way out of the golf world.

From a playing perspective, Youth on Course offers a deal that is almost impossible to beat. At a vast majority of public and semi-private golf courses in Kentucky, those who are 18 years old or younger can play a round of golf for just $5. All it takes to do that is acquiring a membership, which by itself is just another $5. Or a Kentucky PGA Junior Tour membership can be purchased which includes that membership among several other helpful or fun perks. Joining PGA Jr. League secures a membership too. We spotlighted two stories of how Youth on Course impacted a couple of participating Kentucky members last year in the form of Hannah Dargie plus Josh Dakota and his nephew Kyler which demonstrated the program’s trickle effects beyond the golf course.

Playing is not the lone form of how Youth on Course is instrumental though. Kentucky became just the second state in 2019 to offer the Youth on Course caddie program  thanks to the participation of Hurstbourne Country Club, Big Spring Country Club and its Harmony Landing course. The caddie program recently had another facility join its rotation thanks to Keene Trace Golf Club, meaning the program will now be present in both the Louisville and Lexington markets. Keene Trace’s involvement means both of its course, Champions Trace and Keene Run, will have its doors open to Youth on Course caddies.

The financial perks of caddying through this program are chief among its benefits. For every round looped, the caddie will receive $50. After every ten loops, that child receives a $500 scholarship that becomes available once the time comes for them to begin their journey as a college student. Along the way, caddies have ample opportunities to meet and connect with individuals who have found success in the golf industry or other fields of life. With safety coming first, the guidelines to caddying are communicated thoroughly to the caddies and their golfers to ensure the experience will be enjoyable, beneficial and most of all, safe to everyone involved.

Ultimately, with Youth on Course being a charitable organization, nothing it accomplishes would be possible if it wasn’t for the generosity and kindness of Kentucky golfers, regardless of their age. The Youth on Course Pro-Am presented by ISCO Industries takes place every August at Valhalla Golf Club with all money going towards Youth on Course funds to ensure these benefits continue forever. The event is one of the most popular golf outings in the state and anyone interested in participating should make arrangements sooner rather than later.

In the coming months, we will spotlight those youth golfers in Kentucky who have had the highest participation rates and tell their stories. Until then, Golf House Kentucky urges you to get involved by either making a donation towards the program or steering a child in the direction of Youth on Course. Golf is the greatest game there is and Youth on Course is arguably the best format there is to introduce that to a child.

Getting Coached on College Golf Coaching with Adam Gary, PGA

Best Practices to Use During COVID-19 Pandemic