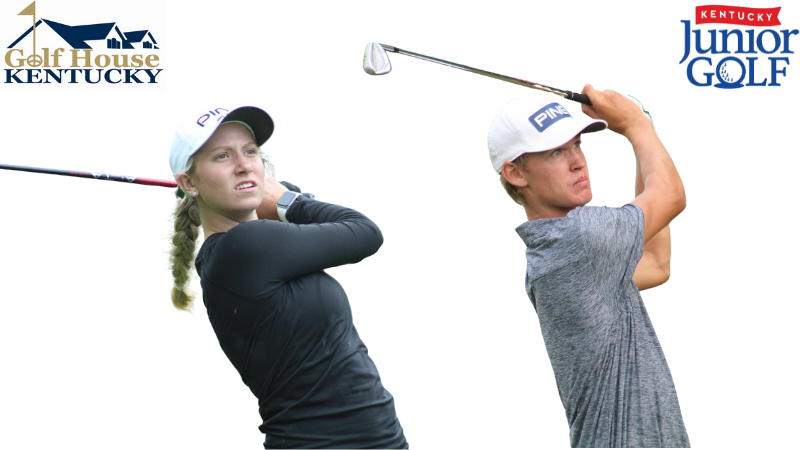 Beth, an eighth-grade student at North Marshall Middle School, has already become a veteran when it comes to playing in high school competitions and finding elite success. Beth won two of the top junior tournaments in Kentucky Junior Golf this year to earn the bulk of her points in this race – those being the Kentucky Girls Junior PGA Championship and the KGCA All-State Championship. The first of which marked her first major title on the Kentucky PGA Junior Tour as she won at The University Club at Arlington by two strokes over Claira Beth Ramsey. Her victory in the All-State Championship took place at University Club of Kentucky where she defeated Isabella Wiley in a playoff after each player finished five strokes clear of third-place. Beth also finished runner-up in the KHSAA Girls State Championship at Bowling Green Country Club and notched a T23 result in the National Girls Junior PGA Championship at Valhalla Golf Club – the best result from any Kentuckian in the field at the national competition. For good measure, she won her first career AJGA tournament in July at the Junior All-Star presented by Auburn-Opelika Tourism by five strokes. Each of those results helped Beth accrue 189 points in the standings, 21.5 ahead of Ramsey who finished in second.

“My biggest accomplishment this year was winning my first AJGA event in July,” Beth said. “When I had my best rounds this year, I was making all my putts. In 2022, I just aim to continue improving all aspects of my game and focus especially on my shots 100 yards and in to get those dialed in.”

The boys’ race for top player of the year was a runaway in Troutman’s favor. The senior at Christian Academy of Louisville earned 213 points, 65.5 points more than Rylan Wotherspoon who came in second. To start the year, Troutman was a fixture in the top-ten of seemingly every premier tournament in Kentucky. Among them, a T5 in the Kentucky Boys Junior PGA Championship, runner-up in the Barbasol Junior Championship, runner-up in the Kentucky Boys Junior Amateur, and T6 in the National Boys Junior PGA Championship. Troutman also finished T6 in the Kentucky Open at his home course of Persimmon Ridge Golf Club, just four shots behind three-time reigning champion J.B. Williams’ total. Once the calendar flipped to August, the victories started coming for Troutman, beginning with a win in the AJGA Justin Thomas Junior at Big Spring Country Club – Harmony Landing Course. He capped a remarkable year off in style at the KHSAA Boys State Championship with an individual victory at Bowling Green Country Club, which also helped CAL win the team title.

“It’s an honor to win this award,” Troutman stated. “It’s a testament to all the hard work this past winter and I’m thankful for all the incredible people God put in my life to get me to where I am right now.”

Each of the respective organizations at Golf House Kentucky, the Kentucky Golf Association, Kentucky PGA Section and Kentucky Golf Foundation congratulate Beth, Troutman and their families on these achievements. The governing bodies also thank them for their exemplary representation of the state and setting a positive example for their peers to follow.

This winter, the full 2022 tournament schedules of each organization will be released to set the stage for the 2022 Golf House Kentucky Junior Player of the Year races.