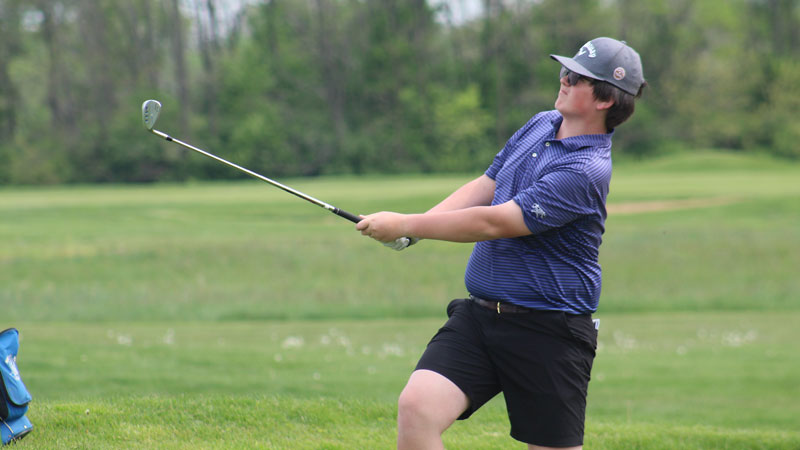 LOUISVILLE, KY (January 5, 2023) – Xavier Huestis, a sophomore at Kentucky Country Day School, has been selected as the recipient of the Jace Bugg Award. One of the Kentucky PGA Junior Tour’s most prestigious awards, this honor salutes a player who represents golf’s best qualities – outstanding sportsmanship, a positive attitude, and a true friend to his or her peers.

Early in the 2022 season, Huestis’ name came up among the Tour’s staff as a possibility to win this award because of his noticeably bright demeanor and kind manners. The 15-year-old is mature beyond his age and his engaging conversations with his fellow players, the Tour’s staff and officials, golf course employees, and other players’ families showcase that.

“Jace Bugg was an example of class, integrity, and sportsmanship, which is why Xavier earned this award,” said Michael Vick, PGA Director, Junior Programs at Golf House Kentucky. “Xavier displays all those qualities every time I see him at a tournament. He is quick to give small pep talks to his playing competitors if they've had a bad day, always carries a smile, and always thanks the staff after an event. He is as good as they come.”

During the 2022 season, Huestis competed in eight events on Tour and recorded four top-five finishes in the Boys 13-15 Division. He was twice a runner-up at the Independence Bank Western Kentucky Junior Championship and the Callaway Shootout. Huestis will turn 16 years old before the start of the 2023 season and make his debut in the Boys 16-18 Division this spring.

The Jace Bugg Award is named in honor of the Henderson native who had a terrific Kentucky Junior Golf career which led to a professional career that included two victories. Sadly, Bugg was diagnosed with leukemia which led to him passing away in 2003 at the age of 27. The award was first distributed in 2005 and has recognized a player meeting these characteristics every year since. More information and the full list of honorees can be found by clicking here.

Sign Up to Join a PGA Jr. League Team