LOUISVILLE, KY (May 10, 2022) – Weston Miller, Cailyn Rogers, Jacob Settles, and Warren Thomis have been selected as the recipients of the 2022 Gay Brewer, Jr. Grant. One of the key initiatives of the Kentucky Golf Foundation, this grant awards each golfer and their families a significant sum of money with the purpose of mitigating costs junior golfers and their families encounter at prestigious golf tournaments across the country.

The grant is named after the legendary Kentucky golfer who won ten times on the PGA TOUR, including a victory in the 1967 Masters Tournament. Brewer passed away in 2007 at the age of 75 but allocated funds to the Kentucky Golf Foundation before his death for this grant, designed to continue the prosperity of Kentucky Junior Golf. 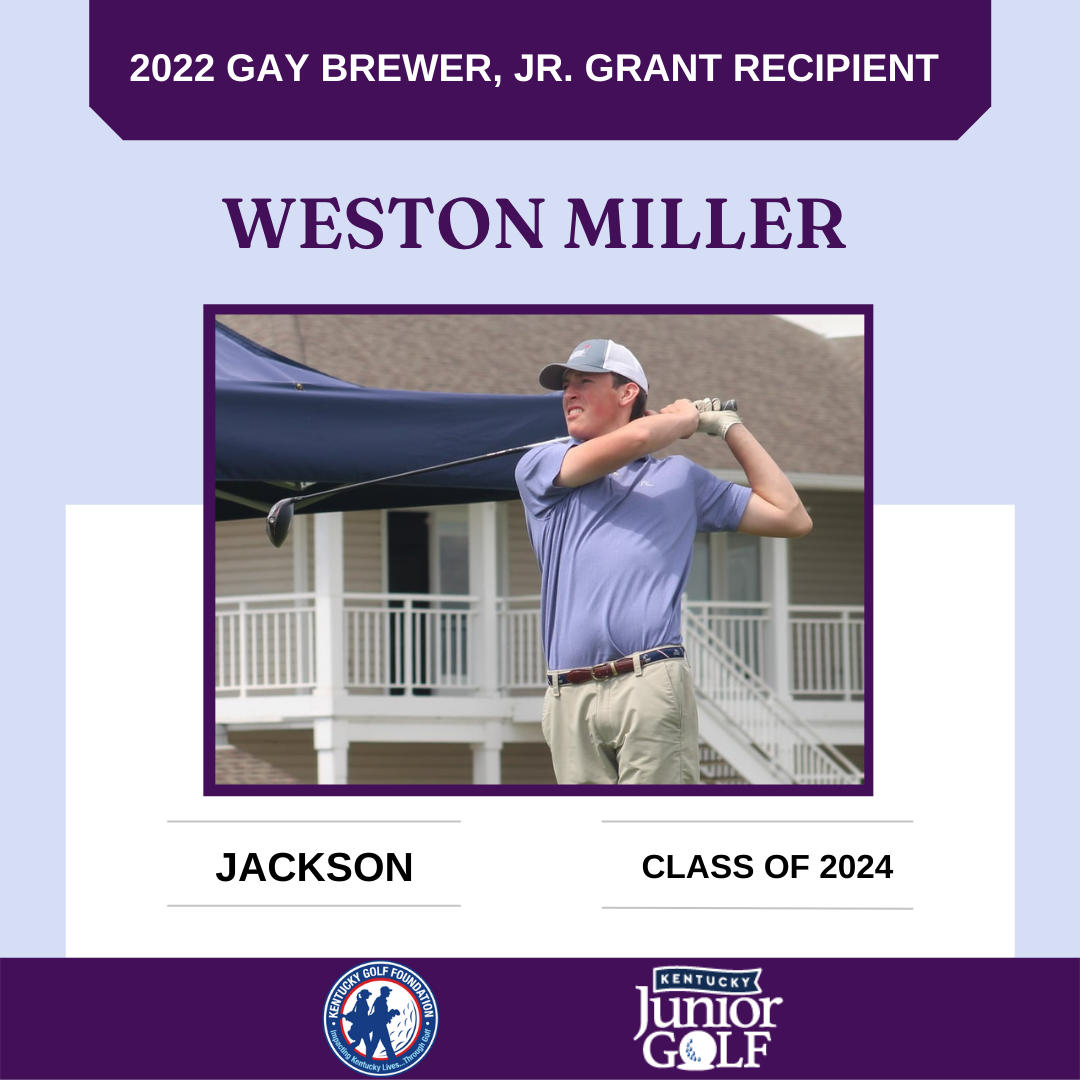 Weston Miller is one of the Kentucky PGA Junior Tour’s most recent winners after earning first-place honors in the Boys 13-15 Division from the Lexington Junior City Championship on April 30 – May 1. A score of 72 (E) in the final round there was the second-best score of the day from the 130-player field regardless of division, evidencing how much talent Miller possesses. That talent first came to light on a national scale during the 2015-16 Drive, Chip & Putt season when Miller won the Regional Qualifier at Valhalla Golf Club in the Boys 7-9 Division, earning him a spot in the National Finals at Augusta National Golf Club. Now, he is concluding his sophomore year at Breathitt County High School and appears poised to be a coveted recruit in the coming years.

"I'm extremely grateful and honored to be awarded the Gay Brewer, Jr. Grant for 2022,” Miller said. “Mr. Brewer obviously had a great professional career, but he also had a successful amateur career growing up in Kentucky.  I will think of Mr. Brewer this summer as I compete and conduct myself in a manner that he would be proud of.  The funds provided by this grant will not only assist in the cost of competing in Kentucky but throughout the country. Thank you to Mr. Brewer and the Kentucky Golf Foundation for this opportunity." 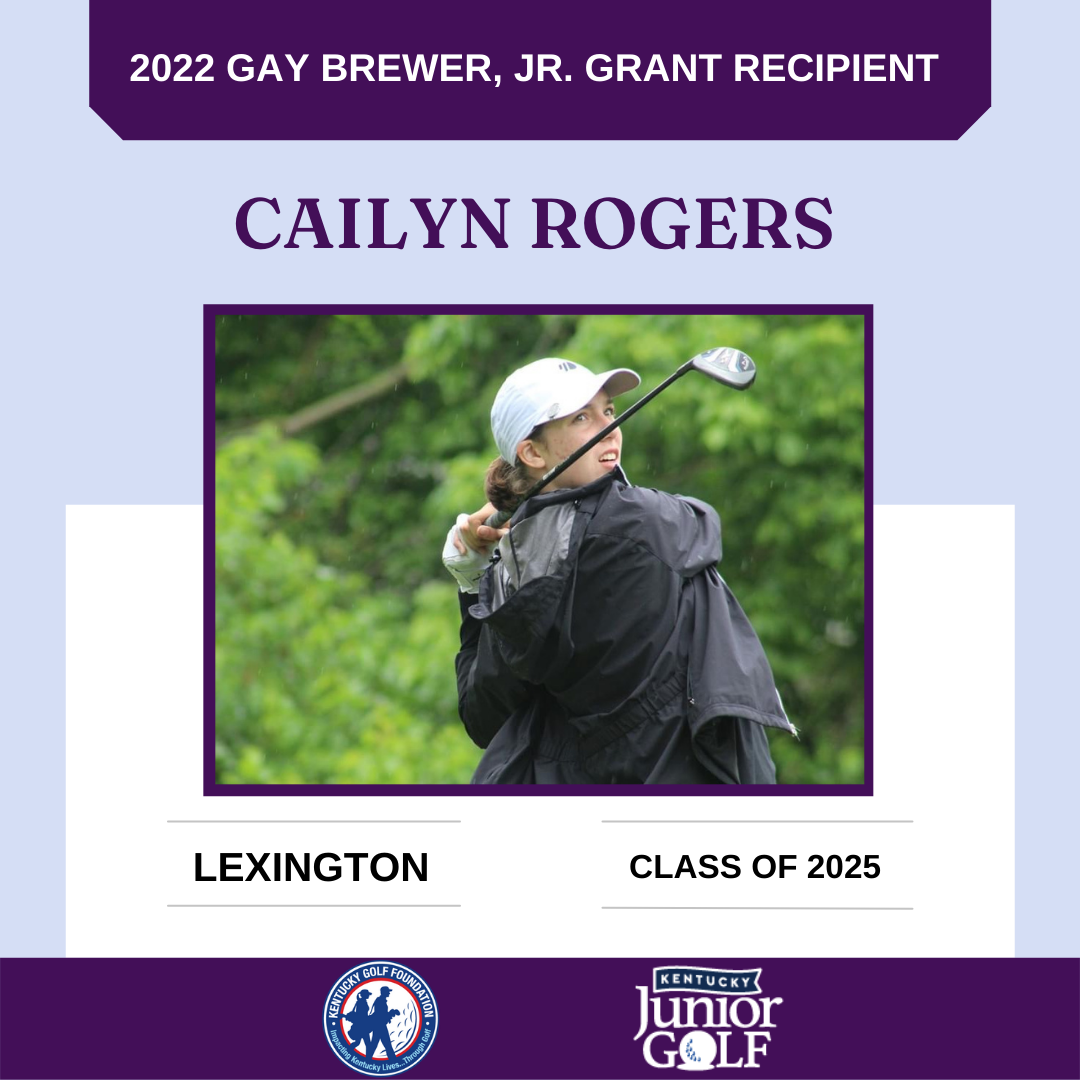 Lexington native Cailyn Rogers will graduate high school in 2025 and is developing a resume that could make her one of the top junior girls in Kentucky over the next few years. In 2020, Rogers won two of the Kentucky PGA Junior Tour’s majors in the Girls 13-15 Division with victories in the Kentucky Girls Junior PGA Championship and Kentucky Girls Junior Amateur. Now competing in the Tour’s top division, Rogers has already found victory lane in 2022 and did so with her friend Emma Lindemoen at the Kentucky Junior Four-Ball Championship last month. Rogers has already earned some high finishes in AJGA competition as well during the last couple of seasons, and this grant will come in great use when competing in more of those tournaments going forward.

“Receiving the Gay Brewer, Jr. Grant is such an honor,” Rogers stated. “This grant will allow me to compete with a much broader tournament schedule this summer season. I’d like to thank the Gay Brewer, Jr. family and Kentucky Golf Foundation for giving me this incredible opportunity and for all that they do for Kentucky Junior Golf. I hope someday to reciprocate this opportunity for a future junior golfer.” 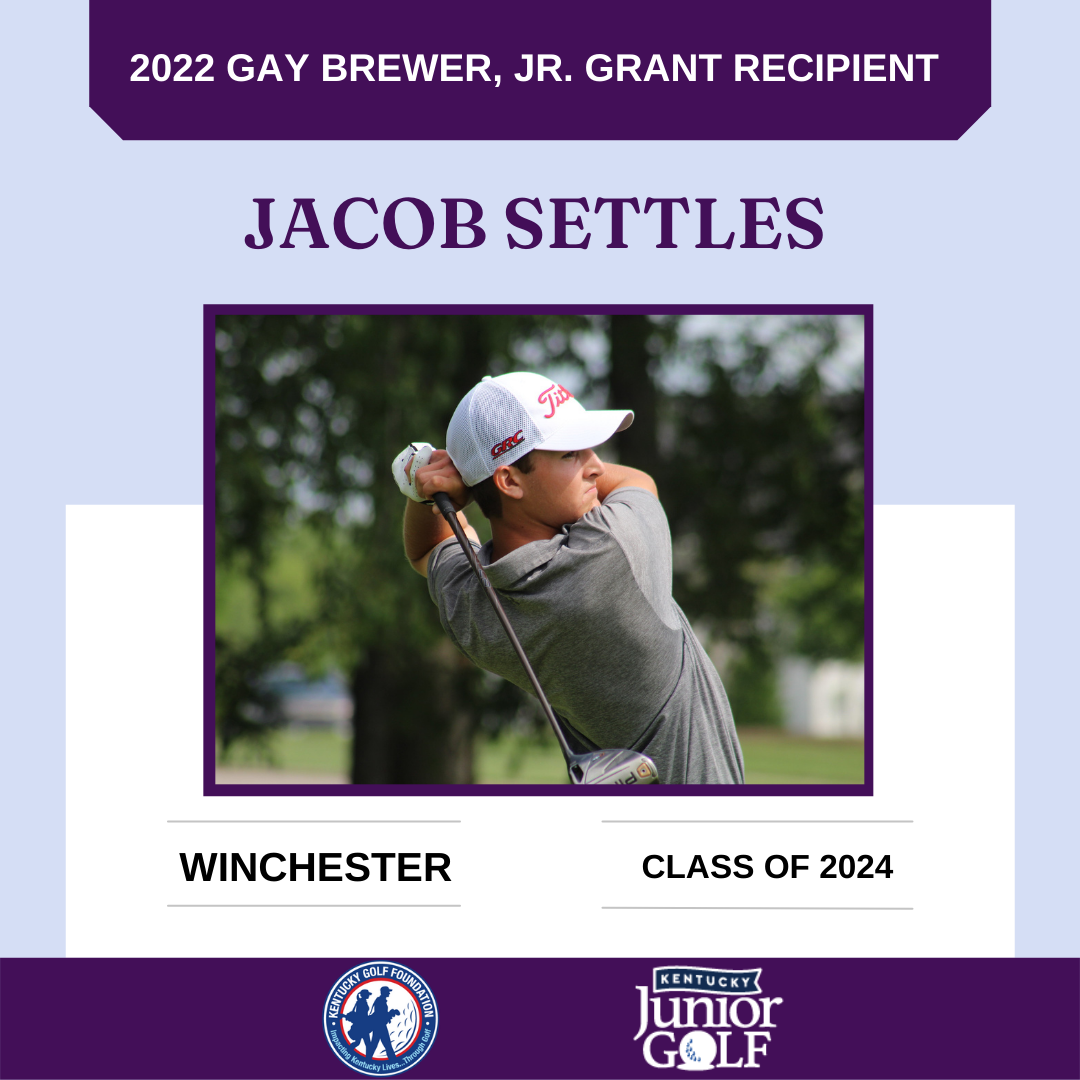 Jacob Settles of Winchester was one of Kentucky’s breakout players in 2021. The sophomore at George Rogers Clark High School earned his first major championship on the Kentucky PGA Junior Tour with a dominant performance at the Lou Perry Tour Championship and earned his maiden AJGA victory with a playoff win at the Junior All-Star at Quail Creek in Robinson, Illinois. Another top-ten finish at an AJGA event later in the year has helped him reach 246th in the AJGA’s boys ranking across the country, which is fifth-best among Kentucky boys. His stock has risen quickly and with a couple more seasons in the junior ranks still in front of him, Settles will have plenty of opportunities to submit himself as one of the state’s best players to college golf coaches.

"I want to thank the Gay Brewer, Jr. Grant committee for this award,” Settles exclaimed. “This award will help me play in more tournaments and pursue my goal of playing collegiate golf." 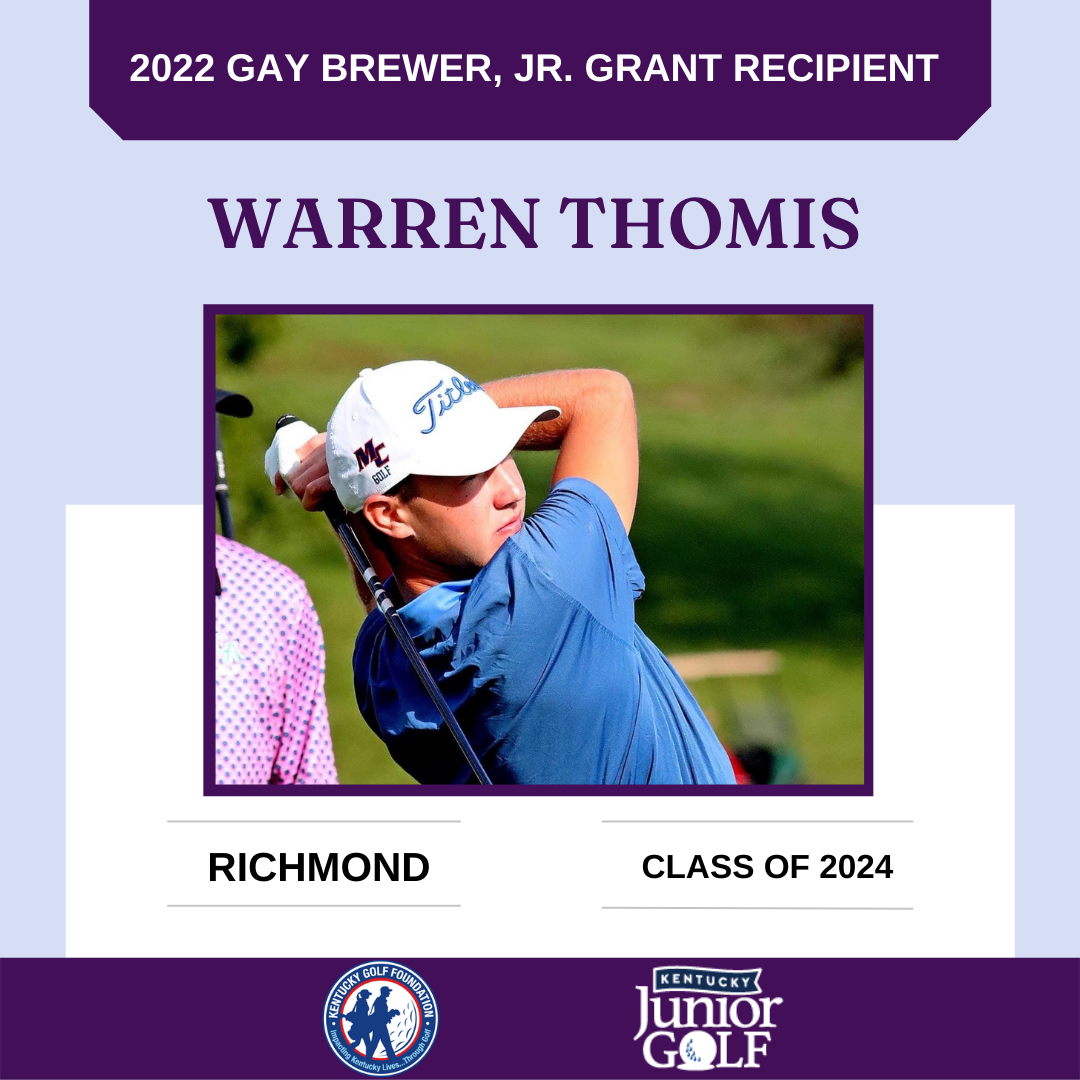 Another one of the state’s top boys, Warren Thomis of Richmond, rounds out the list of the 2022 Gay Brewer, Jr. Grant recipients. A sophomore at Madison Central High School, Thomis has factored heavily into the school’s success on the golf course the last couple of years. He was a big factor in the team winning the KGCA All-State Championship last fall as well as earning runner-up honors in the KHSAA State Championship. As an individual, Thomis also finished runner-up at the State Championship in October and has one major victory on the Kentucky PGA Junior Tour thus far, which was a runaway victory in the 2020 Kentucky Boys Junior PGA Championship. Thomis has a high number of AJGA starts under his belt already and will be able to record even more thanks to the impact of this grant.

“I feel extremely blessed to receive the Gay Brewer, Jr. Grant,” Thomis explained. “This grant will enable me to compete with top level talent to prepare me for college golf.”

The Kentucky Golf Foundation congratulates Weston, Cailyn, Jacob, and Warren along with each of their families on these well-deserved honors. In addition, the KGF extends its appreciation towards the Brewer family, namely Alma Jo McGuire for chairing the committee and continuing to impact Kentucky Junior Golf through the support of this grant.