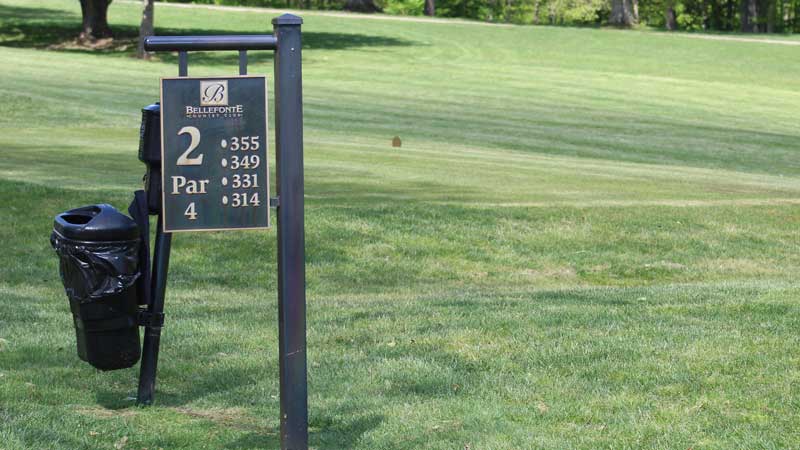 The Kentucky PGA Junior Tour has finalized its divisions and the yardages for those divisions ahead of the 2022 season. The exact divisions remain close to what they were for the 2021 season, except the oldest division for both boys and girls is now 16-18. The next oldest division will be titled the 13-15 Division rather than the 14 & Under Division. For the younger players, there are no changes to the divisions themselves, but six-hole rounds have been eliminated. All players will now play nine-hole rounds at minimum. This change has been made based off feedback from participants surrounding value and the ability to maximize the tournament experience. 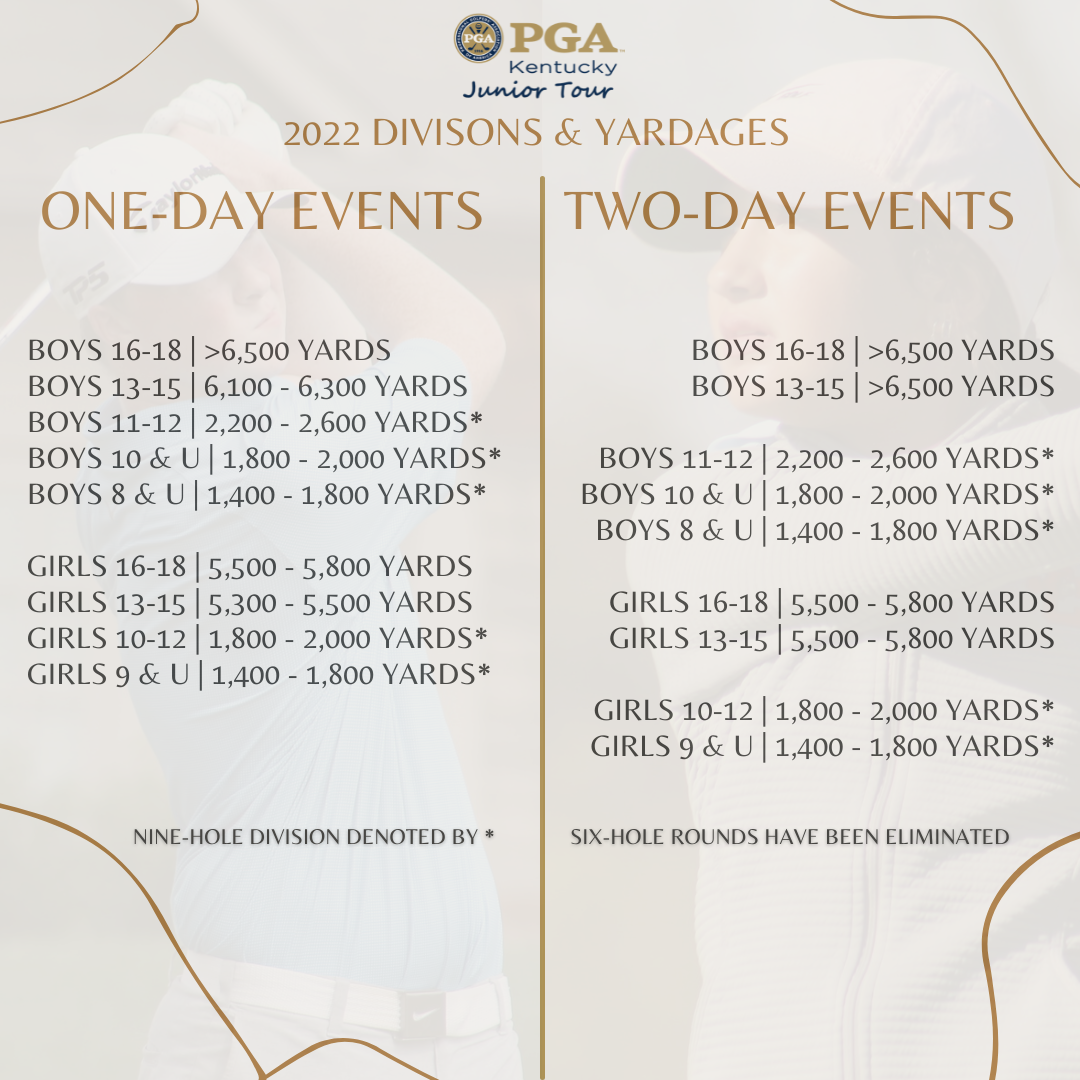 Perhaps the most significant change being made though is in the form of yardages played for the 13-15 and 16-18 Divisions in two-day tournaments, with both divisions playing the same tees. This allows us to provide our players with more national recognition and a competitive environment to increase their skill level. As a result, players will have the opportunity to compete for more AJGA stars and strength of field for Junior Golf Scoreboard will increase. With that said, all players will be playing for the same AJGA stars whether you are in the 13-15 Division or the 16-18 Division. Each division will, however, be awarded their own separate trophies and Player of the Year points. If there are ties between a player in the 13-15 Division and the 16-18 Division for AJGA stars, a hole-by-hole playoff will be conducted to determine the winner of those stars. Any ties within age divisions will be handled through policies previously set forth by the Kentucky PGA Junior Tour:

The 2022 Kentucky PGA Junior Tour schedule will be unveiled this winter. If you have any questions or concerns about the division and yardage adjustments, please contact Michael Vick, PGA Director, Junior Golf via email or by calling (502) 243-8295 ext. 20309.